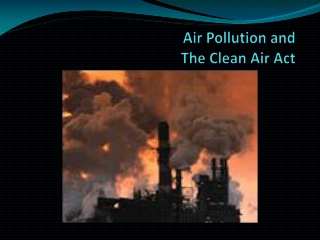 Air and Air Pollution - . key concepts. structure and composition of the atmosphere. types and sources of outdoor air