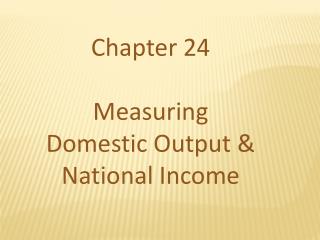 The Data of Macroeconomics - 2. the data of macroeconomics. in this chapter, you will learn…. …the meaning and

Chapter 7 - . the cost of production. topics to be discussed. measuring cost: which costs matter? cost in the short run