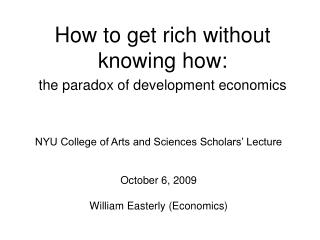 Carper (1978) Fundamental patterns of knowing - . knowledge development for a practice discipline. the problem of nursing

What is Economics? - . economics is the study of how people seek to satisfy their needs &amp; wants by making