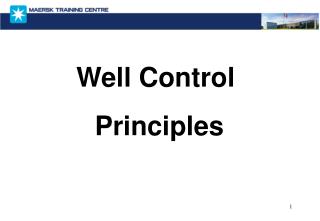 WELL CONTROL - . n.i.s.o.c drilling training. on january 10, 1901, the lucas gusher blew in at spindletop, near beaumont,

Principles of Control - . section objectives. upon completing this section, you should be able to: explore basic food

Control of Well Limits - . how much is enough?. presented by :. special thanks to:. and. g.s. bryan &amp; associates,

Principles of Infection Control - . 14.1. microorganisms or microbes. small living organisms not visible to the naked eye