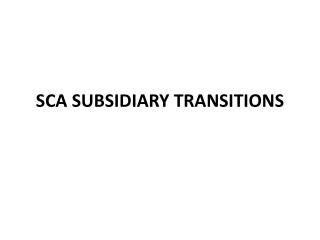 Subsidiary roles - A topic of relevance. by the beginning of the 21st century, there were over 64,000 firms operating

Advance Subsidiary (AS) - . at arkis. purpose. to offer an internationally recognized curriculum to students who are not