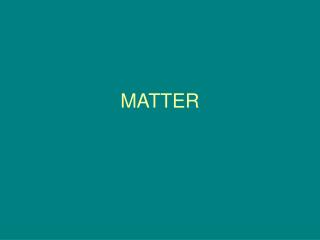 MATTER. What is Matter?. Must have mass Occupies space (has volume ). Density. Because all matter has mass and volume, all matter has density. D = M V. Law of Conservation of Matter. Matter cannot be created or destroyed.