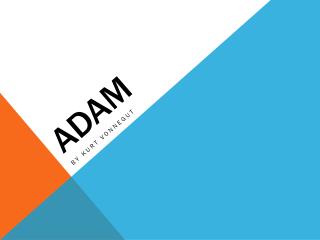 Adam - . primal parent of our race taken from mapping human history by steven olson. counting our ancestors. one

Adam, Adam, Adam, and Adam: The Cultural Construction of a Learning Disability - . a model for your first paper in the

Adam Goldfein - . every saturday morning, hundreds of thousands of people religiously tune in to discuss car

Adam Smith - . there is a natural progression occurring in human society: hunters and gatherers agricultural based