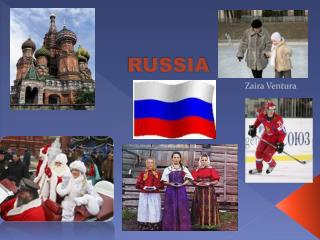 RUSSIA. Zaira Ventura. The Arts. Russia has a strong history of art. Realistic, romantic, political, and psychological themes are common throughout Russian novels, poems, and plays. Some of the most well known symphonies, ballets, operas and other musical works come from Russia.