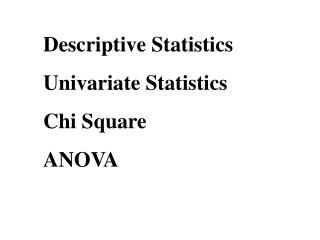 1 Way Analysis of Variance (ANOVA) - . peter shaw ru. 1 way anova – what is it? this is a parametric test, examining