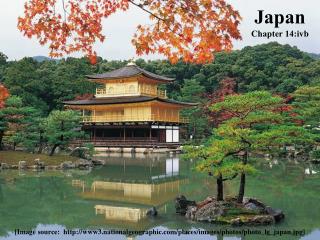 Japan Chapter 14:ivb. [Image source: http://www3.nationalgeographic.com/places/images/photos/photo_lg_japan.jpg]. Japan is also known as Nippon or Nihon, which means “source of the sun.”. China, the Ottoman Empire, and Japan (1800-1914) Internal Troubles, External Threats - . the ottoman empire and the west

Concept and Significance of Green Purchasing Its Role, Effects, and Experiences in Japan - . hiroyuki sato green

Chapter 10 and 11 - . china and japan. acquiring prior knowledge. what can you comment on about chinese culture,