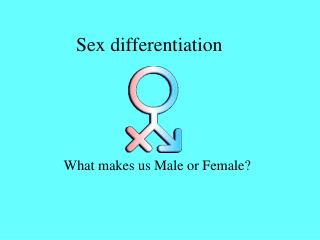 Cetaceans - . cetacean evolution. the cetacea probably originated in the palaeocene, and had an eocene differentiation.

Genomic equivalence - . various models were used to explain how cell division leads to differentiation arguments over the

Differentiation - What Works? - . jim miles international center for leadership in education. welcome to the middle

Newington high school - . continuous improvement planning. your thoughts. what is differentiated instruction ? what is a

Chapter 26a - . reproduction and development. about this chapter. sex determination and differentiation gametogenesis and