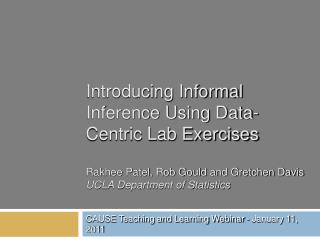 It Takes a Team to Fight a Disaster! - . !. have you spent your life entire looking for that pot of gold at the end of

Inference and deduction - . one of the most important reading skills for us to develop is the art of inference and