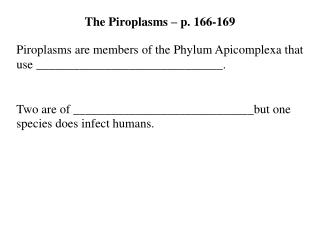 OTHER ARTHROPODS - . ordinal characteristics: not required. the following are not insects but are commonly studied by

OTHER RELATIONSHIPS - . can’t we all just get along?. symbiosis. symbiosis : a close relationship between 2 different

Other Medicines - . andrenergic antagonists (blockers). bind to receptor site but do not cause an action alpha &amp;

Other Chapters - . from the text by valvano: introduction to embedded systems: interfacing to the freescale 9s12. chapter