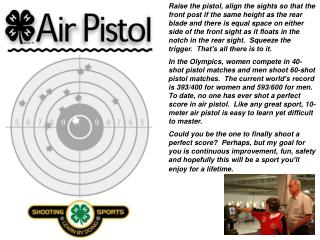 Raise the pistol, align the sights so that the front post if the same height as the rear blade and there is equal space on either side of the front sight as it floats in the notch in the rear sight. Squeeze the trigger. That’s all there is to it. Bocce Skills Test: The Volo Shot - What is a bocce volo shot?. students will be evaluated on the volo shot which is an

One Shot-Filmmaking - . what is a one shot?. a complete story told in one continuous shot. no edits planning is the

Basic Camera Work - . the shot. each continuous shooting period, from the moment the camera starts shooting until it

CAMERA SHOTS - . by tikiko raviakara. extreme long shot. a shot that reveals a great exposure. this creates a series of

Camera Shots - . by jack &amp; thomas. establishing shot. the view is far away from the subject but shows the

Film - . terminology. narrative. a term that can be used when discussing an image. stories are told through image, shot,

Basketball - . assist: the last pass to a teammate that leads to a point (basket). bank shot: a shot where the ball is

Action Shots! - . choosing when to use the correct past tense. background vs foreground : el pretérito imperfecto vs el