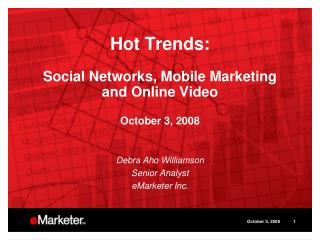 Video Marketing Secrets - In this presentation we will explore why video has become such a powerful tool in marketing,

Online Social Networks - . thomas karagiannis microsoft research. how many people in the room have a profile in an