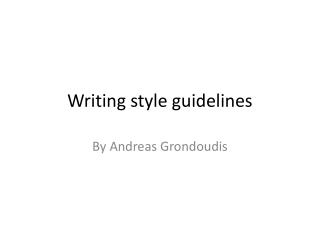 Writing with Style - . chapter 3: openers. the challenge:. you have 3-4 sentences maximum to gain the reader’s interest