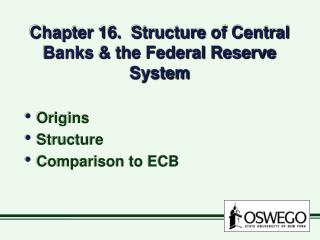 Chapter 13- The Federal Bureaucracy - . (1). define what a bureaucracy is, and summarize its key characteristics and its

CHAPTER 6 The Muscular System - . section 1: overview of muscle and the muscular system. primary functions of the

G-13: The Federal Bureaucracy - . chapter 13- the federal bureaucracy. (1). define what a bureaucracy is, and summarize

Federalism - 0. federalism. focus of lecture. to explain the way nations order relations between central, state, and