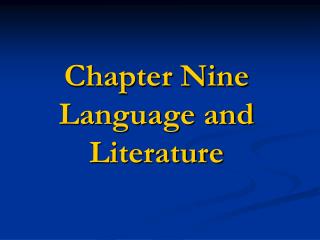 Chapter Nine Language and Literature. 1. Foregrounding. The 1960 dream of high rise living soon turned into a nightmare. Four storeys have no windows left to smash But in the fifth a chipped sill buttresses Mother and daughter the last mistresses