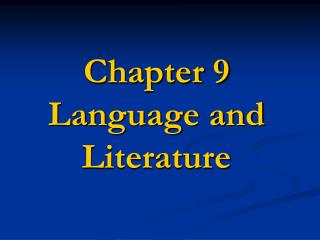 Chapter 9 Language and Literature. 1. Style and Stylistics. Style: variation in the language use of an individual, such as formal/informal style. Literary style: ways of writing employed in literature and by individual writers; the way the mind of the author expresses itself in words.