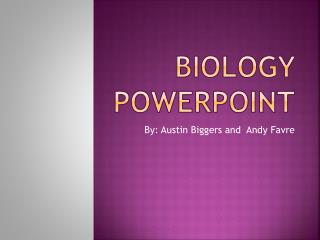 Biology PowerPoint. By: Austin Biggers and Andy Favre. CHNOPS. Carbon-Carbon is the chemical element with symbol C and atomic number 6. As a member of group 14 on the periodic table, it is a non-metal The Hobbit &amp; J.R.R Tolkien - . by lucas garcia. next. teachers. students. how to teach this powerpoint. - for