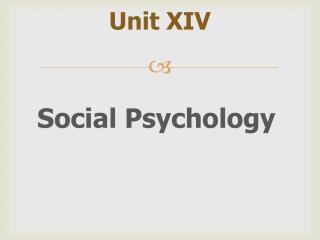 Unit XIV. Social Psychology. What is Social psychology?. scientific study of how we think about, influence, and relate to one another. Social Thinking. Attribution Theory MEETING XIV - . let’s celebrate !. snapshot. which of these holidays celebrate people? which celebrate events? do