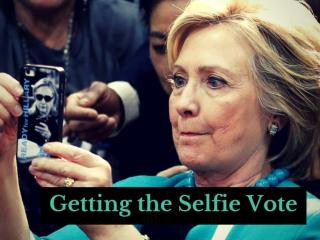 Getting the selfie vote

Getting the selfie vote

Instagram Playgrounds - With the promise of more â€˜likesâ€™ and â€˜followers,â€™ millennials are

The art of the selfie - A look at the self-portrait in the age of smartphones, as the humble selfie becomes a global form

Presidential vs Parliamentary Systems - . “the institutional characteristics shape the whole political process and the

Get Out The Vote - . paid for by democracy for america, www.democracyforamerica.com, and not. authorized by any candidate

Diction - . t he choice and use of words and phrases in speech or writing or the overall enunciation of one’s speech.

The Chartist Challenge What did different people think about Chartism? - . charter the peoples charter – a list of six

PRESIDENTIAL POWER IN usfp - . some initial questions: what role do you think the president should play in usfp? the

Back to School Selfie Adventure Activity for Students - My books- learning to go https://gum.co/learn2go & the 30

Epic back to school selfie student adventure template - My books- learning to go https://gum.co/learn2go & the 30