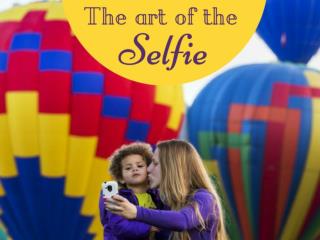 A look at the self-portrait in the age of smartphones, as the humble selfie becomes a global form of self-expression. The Selfie Phenomenon - The selfie trend shows no signs of slowing

The Art of - . communication. good communication occurs when two important things take place. the expression of a

The Art of - . communication. good communication occurs when two important things take place. the expression of a

The Selfie: A Window into Identity - . “ selfie ”. selfie : a self-portrait photograph often taken with a digital

The Art of the Abstract - . uwo classics graduate pro-seminar aara suksi. what is an abstract?. abstrahere : ‘ to draw

The Art of the Application - . david tobias, usf todd hicks, scu. trends in admission. a changing landscape what we are

The Art of the Renaissance - . or how to see the world with new eyes. renaissance = “rebirth”. return to

The Art of the Start - . best practices for the start and beyond. it’s okay to start

The Art of the DBQ - . writing a successful essay. introductions. 1. background information where are we in history? when

THE ART OF THE MUNDANE - . the portrayal of life in the art of new kingdom egypt and hellenistic greece. ostraka