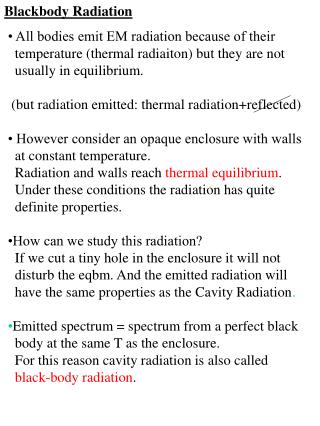 Blackbody Radiation. • All bodies emit EM radiation because of their temperature (thermal radiaiton) but they are not usually in equilibrium. (but radiation emitted: thermal radiation+reflected) • However consider an opaque enclosure with walls at constant temperature. X-ray Interaction with Matter - . electromagnetic radiation interacts with structures with similar size to the wavelength