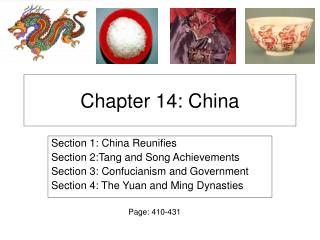 Disputed South China Sea - China claims most of the south china sea, through which more than $5 trillion in global trade

2013 UK Careers Adviser Mission to China - . have a clear, up-to-date and in-depth overview of the current employment

Ancient China - 1. the origins of the society: fact and myth 2. timeline of ancient china 3. geography of the societal

Vegetables of China - . prepared for students in ethnobotany in china, a study abroad course at eastern illinois

Aim: What were the achievements of the Shang Dynasty in China? - . i. invasions of china. although china is isolated, it