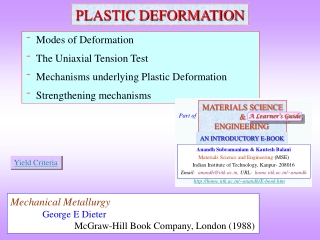 Deformation - . let me tell you the secret that has led me to my goal. my strength lies in my tenacity. louis pateur.

Deformation - What is deformation?. deformation is the folding, faulting and doming of the crust caused by plates