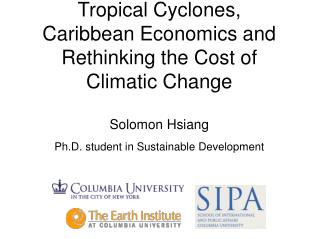 Economics ch.1 - What is economics: 1.)it is the way people make their living. 2.) the study of the human effort to

Finance 30210: Managerial Economics - . competitive pricing techniques. once production decisions have been made, a firm

Economics of Input and Product Substitution - . chapter 7. topics of discussion. concept of isoquant curve concept of an

US/Caribbean Relations – Today and Tomorrow - Throughout history, the political, economic and diplomatic relationships