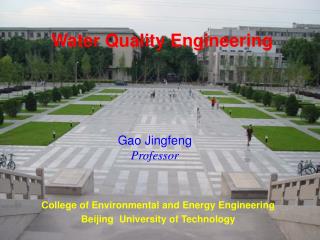 WATER QUALITY - . water quality!??. what does “good water quality” mean to you?. can we check for them?. is checking