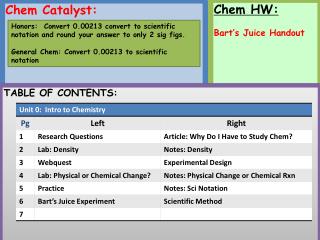 Alka Seltzer and density - . density of gas. lab. chem catalyst. you have seen the commercials, maybe used the product

Acid-Base Catalyzed Reactions - . in most reactions that are acid- or base- catalyzed, there is no reaction at all in the