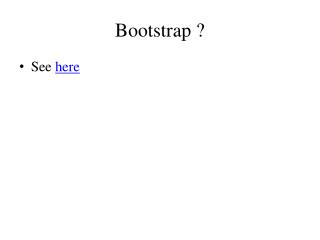 How many of these Stata commands have you used? - Regress ivreg generate egen by encode count collapse replace merge

2 00. Bootstrap &amp; Act - . get out of the building nikos palavitsinis , agro-know. definition. adjective (of a

Chapter III: Loaders and Linkers - Chapter goal: to realize how a source program be loaded into memory loading relocation