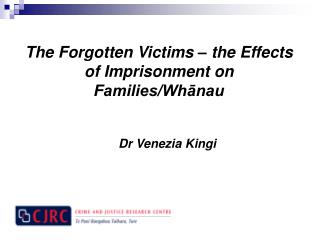 Crime Victims: An Introduction to Victimology Sixth Edition - . by andrew karmen chapter one: what is victimology?.

Blended Families - . blending families: a guide for stepparents. tips for avoiding problems and advice for healthy

The Impact of Deployment on Service Members and their Families - . presented by: jim messina, ph.d. licensed psychologist

Adoptive and Birth Families - . before we begin today . . . . what adoption issues arose for you in your practice