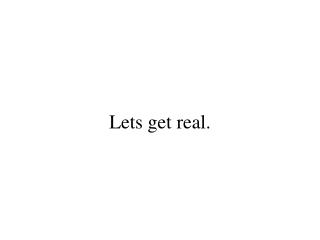 Lets get MOVING! - . differentiated movement styles to include in a physical education class. molly napolitano tech

Lets get started! - . in a group: create an insect out of the play dough provided. be ready to present your insect to the

LETS GET STARTED! - . fractions for 2 nd graders . by rebecca gotz. what is a fraction?. a fraction is a part of a whole.

Online shopping with lets get style|Lets Get Style- letsgetstyle.com - At a click, get all top online shop products at

Relax and lets get started - . day 1 scientific method. interest approach. please read the title for each session and

LETS GET THIS PARTY STARTED - Let’s get this party started supplies harry potter party decoration. it been one of the

Lets Get Ready to Celebrate - . pcms end of the year fieldtrip 2014. requirements for you to attend:. *no more than one

Lets get active Achievement standard 1.1 - . hauora total wellbeing . hauora. hauora is a concept that refers to a way we

Get Real! - . realism. william dean howells. realism is “the truthful treatment of material.”. tell it like it is.