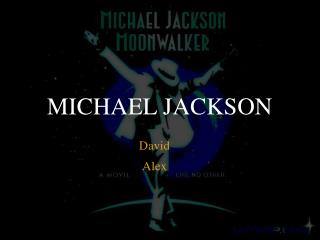 Michael JACKSON. David Alex. Who is he. Michael Joseph Jackson 1958/08/29 ~ 2009/06/25 King of Pop Most successful entertainer by Guinness World Records Married twice Born in Indiana Nine Children in the family. The jackson 5.