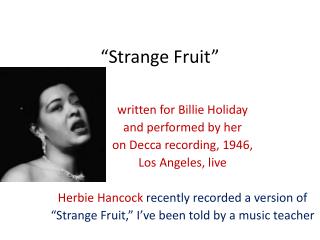 Fruit - . use fruits as snacks, in salads, desserts at breakfast top your bowl of cereal with fruit such as

Strange Bedfellows - . the enemy of my enemy is my friend. have you ever been so scared about something only to realize

Name______________ Fruit Fly Genetics Worksheet - . record the traits that were selected for your flies here: dominant