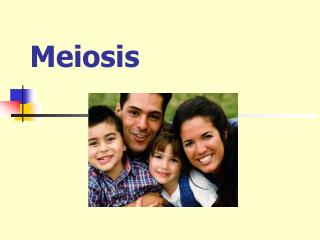 Meiosis. Heredity. Heredity Passing of genetic traits from parent to offspring Chromosome theory of heredity Chromosomes carry genes Gene = unit of heredity. What Meiosis is all About. Meiosis allows the creation of unique individuals through sexual reproduction. In The Beginning Two.