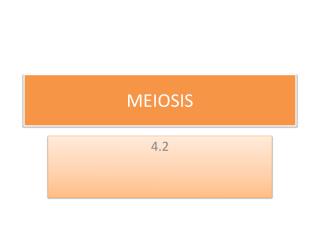 MEIOSIS. 4.2. Key Concepts. Gametes have half the number of chromosomes that body cells have. During meiosis, diploid cells undergo two cell divisions that result in haploid cells. Haploid and Diploid. The cells which contain two of each type of chromosome are called diploid.