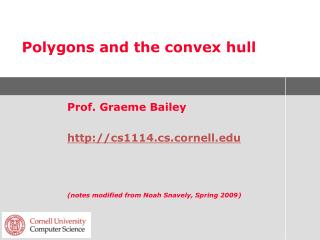 Polygons and the convex hull Polygons and the convex hull

6.4 Similar Polygons - . geometry mr. jimenez spring 2011. when there is a correspondence between two polygons such that

Exploring and Classifying Polygons - . lesson 1.6. vocabulary. fill in vocabulary in notetaking guide lesson 1.6 use your

Unit 6 Introduction to Polygons - This unit introduces polygons. it defines polygons and regular polygons, and has the

Geometry: From Triangles to Quadrilaterals and Polygons - . ma.912.g.3.2 compare and contrast special quadrilaterals on

We are learning about Polygons! - . about what you may ask, polygons! they are all around us! no mrs. shipley is not