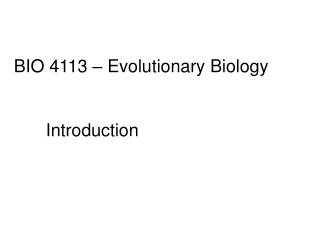 Introduction: Themes in the Study of Life - . chapter 1. biology. the scientific study of life scientists use the

Biology 201 Introduction and Tropical Parasites I - . comprehensive final concepts. infectious diseases cause half