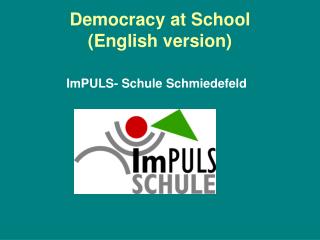 Important School Dates at a Glance - . * last updated january 18, 2014 these dates may be changed and/or updated on a

Supporting EAL Students at Our School - . by kylie chacon. definitions. esl students- are learners from language

GCSE English Qualifications at Brighouse High School - . there are three main gcse courses on offer in the english

Roots of American Democracy - . our english heritage. the english colonies. new england colonies: massachusetts (by the

ROOTS OF AMERICAN DEMOCRACY - . our english heritage in feudal times english noblemen were given land if they pledged to

at English Martyrs CVA Primary School - . an overview of what read, write, inc. is, how it works, what the children learn