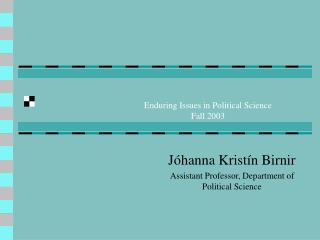 Rational Versus Political Models of Organization - . “the problem of power is critical to the effective behavior of

Creating an Enduring Understanding for the Primary and Elementary Teacher - . norms for a successful session. relax.

Human Rights and Privacy - . basic concepts. is it good enough to know the “definition” of a concept or term?

The Nature and Functions of American Political Parties - . prepared for the center for civic education richard j. hardy,