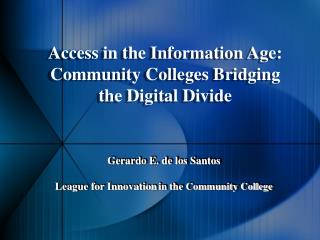 Innovation in Retail - . shane daly head of retailer services may 6 th , 2014. innovation in retail. success in

Porto de Santos – SP Brazil - Santos-sp is the largest and most important sea port of brazil, with heavy industry in

Physics at the Community College - . thomas o’kuma  physics  lee college. thank you to forum on education thank you

Accelerating Care and Payment Innovation: The CMS Innovation Center - . thank you. for the care you are providing every