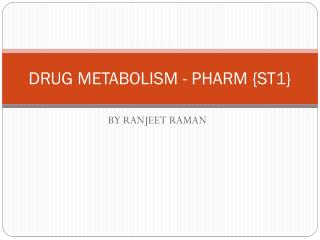 Introduction to Metabolism - . metabolism. the sum of the chemical changes that convert nutrients into energy and the