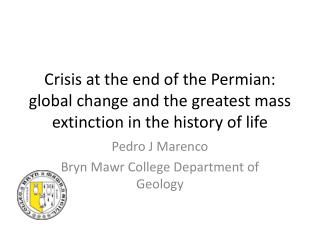 Dry Cleaner Bryn Mawr PA - When choosing the best dry cleaning services, try to do your homework first. that way you can

Department of Geology - . founded in 1966 by late prof. a.g. jhingran presently run in a spacious and pleasant ambience