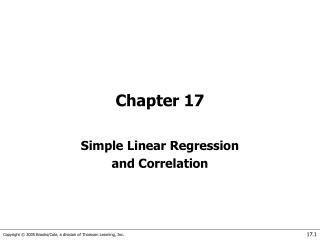 Chapter 17. Simple Linear Regression and Correlation. Regression Analysis…. Our problem objective is to analyze the relationship between interval variables; regression analysis is the first tool we will study.