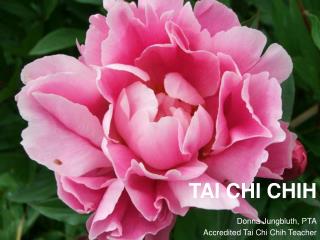 Taoist Tai Chi - . health of mind and body. “notice that the stiffest tree is most easily cracked, while the bamboo or

Chih-Che Tai East Tennessee State University - Classrooms in the clouds. i like something useful for free. chih-che tai