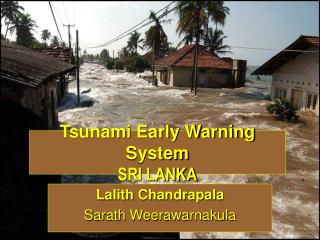 Tsunami Warning System - . tsunami. an ocean wave, generated by a submarine event such as an earthquake or volcanic

Early Recovery in Eastern Sri Lanka - . presentation to the eastern forum (cha), 14 august 2009. “our lives have been