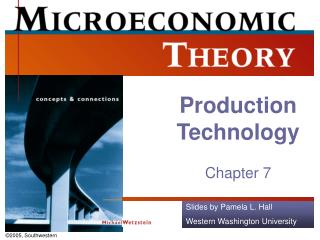 Production Technology - . the three parts of our economy. primary - getting resources/materials from the earth, ex: iron

The Technology of Production - . production function: indicates the highest output that a firm can produce for every

Timeline of Technology Production - . by: morgan cook. the first photograph was taken by joseph nicephore niepce in 1827,