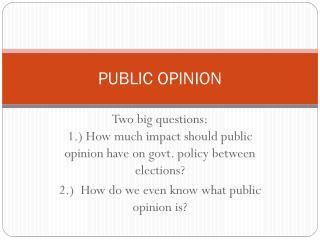 Barometer of Public Opinion - . republic of moldova november 201 3. conducted by :. contents. program me barometer of

Nazi Propaganda - . “the task of propaganda is not to make an objective study of the truth…but to convince the