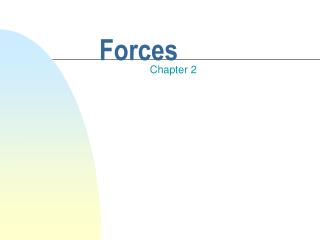 Forces. Chapter 2. Reading Memo Insights:. Where did Newton base his laws? Is it through inventions, accidents, or natural occurence? Why is a car having zero force if it is speeding? Forces come in pairs; again, how does a wall show force?.