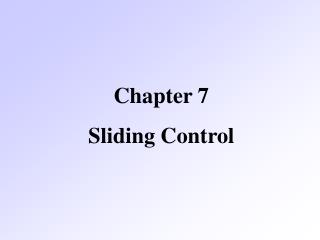 Chapter 7: Control of microorganisms - . many bacteria cause disease and food spoilage: the need exists to kill or

CHAPTER (7) Attributes Control Charts - . data that can be classified into one of several categories or classifications